If an IRS agent wants to talk to you…DON’T. He/She may build a case on that exact conversation. 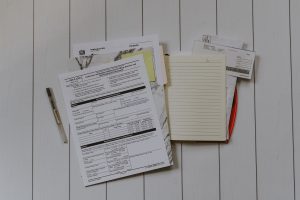 Every year, the IRS publishes the Criminal Investigation Division (CI) annual report reflecting its significant accomplishments and criminal enforcement actions. In fiscal year 2018, CI achieved a conviction rate of 91.7%, the highest of all federal law enforcement agencies. With such a high conviction rate, it should be of no surprise that the ultimate goal of an IRS Criminal Investigation prosecution recommendation is to obtain a conviction…either by a guilty verdict or a guilty plea.

Judge Otto Kerner had an impeccable reputation of being an intelligent man with integrity. He served as governor of the State of Illinois and resigned when he decided to take office as a United States Appellate Court Judge for the Seventh Circuit. While a judge, Judge Kerner was visited in his chambers by two IRS criminal investigators who told him that he was under criminal investigation for income tax violations, and gave him the constitutional rights warning indicating that he was entitled to have a lawyer present and that he could remain silent. Instead of calling his lawyer, Judge Kerner answered the special agents’ questions and gave false statements regarding an entry on his tax return. It was false statements that formed part of the basis for his indictment and conviction and eventual fall from grace. Yes, giving a false material statement not under oath to an IRS agent is likely to be a criminal violation. For over 35 years I have been involved in tax cases either by being an IRS special enforcement agent, federal prosecutor or criminal defense lawyer. It was not uncommon for me to observe individuals who compromised themselves in their interaction with criminal investigators. Do the smart thing, when visited by criminal investigators, be silent and call a lawyer.

If you have any questions about how to protect yourself, feel free to give me a call, Howard Stone at (312) 659-8441 for a complimentary consultation. You can also email me at howard.stone@stonemcguire.com or fill out this form. 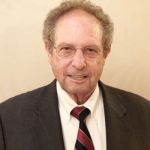